ici
You are here: Home \ About Us \ Core Team

Prior to formation of TVI, Ms. Blair, performed freelance management, marketing and design consulting and also served as liaison, at the Pentagon, between Army and Air Force staff and DOD employees with the members of diplomatic staffs. Also at the Pentagon, she supported the Army Mobilization and Readiness Division. Her extensive government background includes the wide range of logistics, transportation and inventory functions for the Air Force. Ms. Blair is a Vietnam era veteran.

Under Ms. Blair’s leadership, TVI has earned a reputation for excellence and innovation and has received National recognition and has been featured in numerous publications. In 2004 TVI was selected by Inc. Magazine for it’s prestigious Inc. 500 Award as one of the top 500 fastest growing Small Businesses in the US; and in 2005 TVI was recognized by Diversity Business as one of the Top 500 Small Businesses in the US.

Ms. Lomax is responsible for managing and directing all financial activities including accounts receivable, accounts payable, payroll invoicing and general ledger activities. She ensures that all the contracts are in compliance with all government regulations. As an intricate part of the Venture Company Core Team, Ms. Lomax recommends to management, major corporate economic strategies, objectives and policies for the company. In addition, she has also developed an internal control of all financial activities, including job cost control & quality control checklists. Ms. Lomax possesses excellent communication and supervisory skills. Her ability to assess a situation, develop a program and proactively work to complete the task are considered to be her greatest strengths.

Prior to Ms. Lomax current position at The Venture Companies, she served as a Budget/Purchasing Analyst for both Technology Ventures and Raytheon Support Services. Both of these assignments were at USA TACOM in Warren, MI. In this position she was responsible for preparing contractual requirements such as cost reports and obligation schedules as well as submitting public vouchers for payment. As well as managing the day to day accounting functions, Ms. Lomax also prepared budget projections, which were utilized by management fo decision-making purposes.

Intermittently throughout her career, Ms. Lomax has served as a Tax Preparer for H&R Block Income Tax Service located in Detroit, MI. She has also volunteered to provide personal tax services through the VITA (Volunteer Income Tax Assistance) program and she is also a member of the AAS (Accounting Aids Society).

Mr. Cash began his career at TVI July of 2006, working in warehouse operations at TVI Logistics where he contributed greatly to its revenue and customer growth until mid-2011.

Later, in 2012, Mr. Cash was promoted to General Operations Manager of both TVI Logistics and TVI Supply. In this position he has direct responsibility for day to day performance of both operations. He has received many customer accolades for his management of tasks from both government and industry customers.

The focus of Technology Ventures Inc. is to provide superior and timely service to government and industry in the comprehensive list of tasks and functions shown. Our primary goal is to assist our clients in achieving success, and have been since 1992. 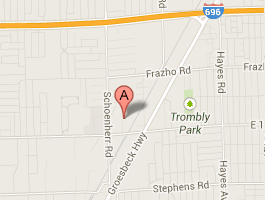